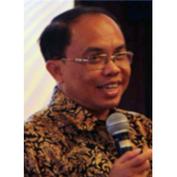 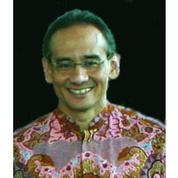 He graduated from Bandung Institute of Technology (ITB) majoring in Electrical Engineering, he continued pursuing his Master’s degree from Indonesian Institute of Management and Development (IPMI), and then finished a Senior Executive Program in London Business School. In 1997, he started his professional career as the Director of Operation and Production at TPI (Indonesian Education Television), then he appointed as the Chief Commissioner of Telkomsel and Satelindov from 2000 until 2002. In 2003 until 2009 hold a position as a director in several companies. During 2003-2009 hold several Directorate positions such as Director of Corporate Services, Director of Marketing, and Director of Fixed Communications. From 2009-2011 appointed as a Director of PT Elang Mahkota Teknologi. And from 2009 until currently, he served at the Advisory Board  of STEI- ITB. 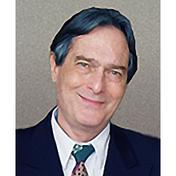 He graduated from the Faculty of Chemical Engineering at Gadjah Mada University (UGM) in 1970. He started his career in IBM in the year 1971 as the Marketing Representative, afterwards as the Marketing Trainer in IBM Regional Education Centre for South East Asian including Korea and Hongkong.  Some of his experiences in IBM are in the External Program Department, Communications, and Marketing. His achievement in the IT Industry is leading the computerize program in DKI Jakarta. He is the first man in South East Asian whom successfully transformed the manual system into an online and database system. After 15 years in IBM, he moved to PT Humpuss as the Corporate Director in Holding, then as the President in PT Humpuss Trading and President in PT Rante Mario. Since 2004 until currently, he is joining the ESQ group with the founder Ary Ginanjar. He is also the founder and leader for Yayasan Wakaf and Lembaga Kemanusiaan ESQ to help the marginal people increasing their income and welfare. 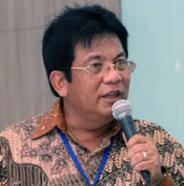 He graduated from University of Indonesia (UI) with a degree in Electrical Engineering. Then continue pursuing his education in Executive Program Business Administration in Columbia University. He started his professional career in IBM as a Director of Services & Marketing in 1976. After 18 years in IBM, he worked at PT PPLI & PT Waste Management Indonesia Environment, Chemical Production & Consulting Company. At 200, he appointed as Managing Director in PT Siemens Indonesia. In 2003 he became the Director of Sales & Marketing in PT Nokia Networks Indonesia. Then he moved to PT Excelcomindo Pratama as a Senior Vice President in 2005. Currently his activity is being a facilitator at various trainings overseas.

He graduated from Faculty of Architecture, Gadjah Mada University (UGM) in 1988. He continued with the Faculty of Economy Extension Program in University of Indonesia (UI) in 1990. He holds a Master of Business Administration degree from Prasetiya Business School Jakarta in 1993 and Master of Business degree from Victoria University, Melbourne, Australia in 1999.  He started his professional career in 1989 at Matari Advertising as an Account Executive until he promoted as an Account Director and handling major companies in his account such as PT Telkom Indonesia, Procter & Gamble, Garuda Indonesia, and Lady Americana Indonesia. Then he worked as an Exhibition Director in Dyandra Promosindo, an Exhibition Organizer company. Since 2003, until currently he is actively take part in BRI Training Center and  Indonesia Business and Informatics Institute as a trainer and lecturer. 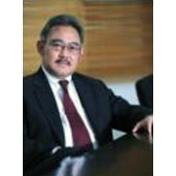 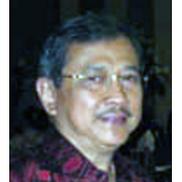 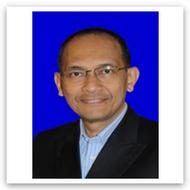 In the year of 2011, he is taking care of the merger of PT Chandra Astri Petrochemical Tbk. and PT TriPolyta Indonesia Tbk. and also establishing new Organization structure.

OUR TRAINER AND CONSULTANT

He went to Bandung Institute of Technology (ITB) for his Bachelor, Master, and PhD degree in Technical and Industrial Management in 2005. He started his professional career at 1980 in PT Gamaco Buana Computer. Then moved to PT INTI as the Head of Information System Management, then promoted as a GM, and Director. He has extensive experiences as a facilitator and conference and seminar speaker in several universities and companies such as MICRA, Krakatau Steel, ANTAM, BRI, ITB, UNISBA, UNINUS, ALDP, and others. From 2003 until currently his activity is being the President of PT Qolsa Smartsyst in 2004, Commissioner in PT Sinergi Prakarya Sejahtera. In 2005 he served as the President in PT

Graduated from University of North Sumatera, Medan 1983. Master of Business Administration (MBA) from IPPM 1989. Master of Management (MM) from STM-PPM 1995. 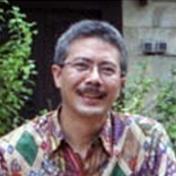 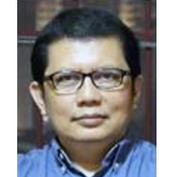 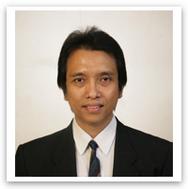 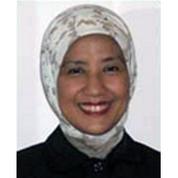 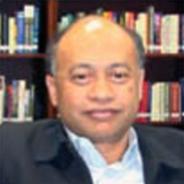 After graduated from Gadjah Mada University majoring in Accounting, Tony Purbowo start his career with IBM Indonesia as Senior Financial Analyst in 1984. In the year of 1987 he continue his career with PT Pfizer Indonesia as Accounting Manager. In the year of 1990 as Country Controller in PT Cargill Indonesia. 1994 as Finance Director in Coca-Cola Amatil and the General Manager in PT Japfa-OSI Food Industries, after that he become Managing Director di PT Simplot Food Processing. In the year of 2001, he become President Director in PT Patra Jasa, and PT Hutchison tahun 2005. Since 2008 until 2011 he become President Director and Commissioner PT Tira Austenite, and President/CEO PT Sintesa Banten Geothermal. December 2011 up to no he join the Advisory Board/BOD in PT Hutama Karya.

He graduated from Bandung Institute of Technology (ITB) and started his professional career with IBM Indonesia since 1984 until 1994, as a Programmer Analyst and Application System Engineering/ Marketing Specialist in Petroleum Industry. Afterwards he worked at PT Astra Agro Lestari from the year 1995 to 2011, and holds several positions as HRD General Manager, Public Relation General Manager, General Affairs and Public Relations General Manager, Head of Investor & Public Relation, and he retired after his extended experiences in various company. 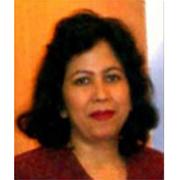 B.A., Communication graduates from UCLA in the year of 1972, International Student in ITB 1969 up to 1970. He write several books including “Unscrambling the Cube” Z.E.D. Books publication in the United States of America in the year of 1980.

Hold a degree in Electrical Engineering from Bandung Institute of Technology (ITB), graduated in 1980. Acquire a scholarship in Microprocessor & Digital Design at Philips International, Eindhoven, Netherlands. Also acquire an MBA degree from Newport University in 1992. He started his professional career as a Field Engineer in Schlumberger. Working in IBM Indonesia for 10 years since 1984, then afterwards in PT CSM (VSAT Services) as a General Manager for 3,5 years. Since 1997 appointed as General Manager in PT. Indosat, tbk, and the President Director in PT. Indosat Mega Media (IM 2), and as the Commissioner in PT. Indosat Mega Media (IM 2). After retired from Indosat in 2007, he worked as a lecturer/professor in BSM (Bakrie School of Management), and appointed as a Vice Dean. From 2008 until 2009 appointed as the Chief Commissioner in PT Pos Indonesia. He founded Xerofi Indonesia in 2009, and continue work there as a Managing Partner. Xerofi Indonesia provides trainings in Leadership, Business, and Management. 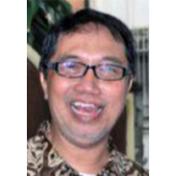 He graduated from Bogor Agriculutural Institute (IPB) majoring in Agricultural Mechanization. He started his professional career at 1987 at PT United Tractors. In 1988 he moved to IBM Indonesia and worked in Client Account Management and he based in IBM Singapore. He is responsible for the Telecommunication Industry, Mid-Range Product Management for the ASEAN region, and handling the Regional Operation Industry for IBM ASEAN, also as a Mid- Range Product Manager and Regional Telco Operation Manager. From 1999 until currently, he worked in AAA Enterprise Jakarta as a speaker and Advisory Personal Coach for the Guidance of Balancing Life, Personality, Leadership Development, and Entrepreneurship. 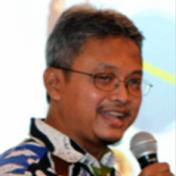 She graduated from Pajajaran University in Bandung majoring in Mass Communication.  Then she continued pursuing a Master’s degree in Mass Communication and graduated as a Master of Arts from California State University Fresno, USA. She has a professional experience for more than 25 years in PT Mitra Bina Talenta as a Partner, then as an HR Manager & Change Management Consultant in PT SAP Indonesia, as a GM Human Resources in PT Satelit Palapa Indonesia, and held several professional and managerial position in IBM Indonesia. She handled several project such as Integrated HR Systems in Finance and Banking Industry, HR Manager Operation (outsourcing) in Banking, Change Management in transport services, Code of Business Conduct in Telecommunications industry, rewarding system in Banking, Telecommunication, Market Survey for the rewarding system in Finance, job anaklysis and job evaluation in Finance and Banking, telecommunication, recruitment, IT Industry, telecommunication, training & development, including training design in various industry and career management in BUMN.