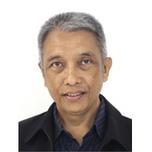 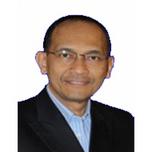 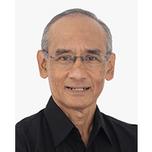 Hold a degree in Electrical Engineering from Bandung Institute of Technology (ITB), graduated in 1980. Acquire a scholarship in Microprocessor & Digital Design at Philips International, Eindhoven, Netherlands. Also acquire an MBA degree from Newport University in 1992. He started his professional career as a Field Engineer in Schlumberger. Working in IBM Indonesia for 10 years since 1984, then afterwards in PT CSM (VSAT Services) as a General Manager for 3,5 years. Since 1997 appointed as General Manager in PT. Indosat, tbk, and the President Director in PT. Indosat Mega Media (IM 2), and as the Commissioner in PT. Indosat Mega Media (IM 2). After retired from Indosat in 2007, he worked as a lecturer/professor in BSM (Bakrie School of Management), and appointed as a Vice Dean. From 2008 until 2009 appointed as the Chief Commissioner in PT Pos Indonesia. He founded Xerofi Indonesia in 2009, and continue work there as a CEO. Xerofi Indonesia provides trainings in Leadership, Business, and Management.